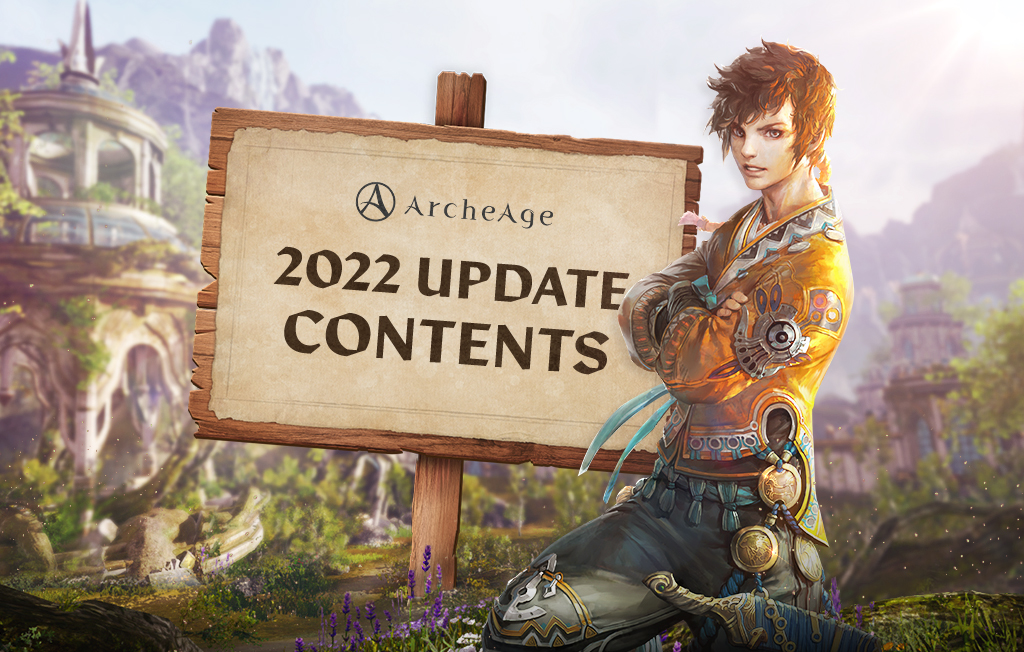 Greetings everyone, this is the ArcheAge dev team.

2022 is coming to a close and we hope you are having a great end of the year.

This year we were quite busy making several improvements to ArcheAge to provide you with a better game experience. Along with adding the update to The Great Prairie, we have been making as many quality of life changes as we can.

This December, we are looking forward to making a variety of updates, a new equipment tier and adding additional Skill Points. On top of that, we’d also like to show you some quality of life changes that we’ll be making in order to improve your experience in the game. Finally, we’ll be going over some information on the new fresh start server.

* The below contents are currently in development and can be subject to change upon actual release.

Higher tiers of Hiram Guardian Equipment and crafted equipment will be added in order to expand their performance.

Both types of high tier equipment will have better performance and 1 additional synthesis effect. We hope they become a new challenge to those players who want to grow stronger.

Sacred Hiram Guardian Equipment takes the appearance of the equipment originally used by the Hiram people in the past.

The Hiram people believed they must build up resistance against dimensional power in case the Akasch would manage to break the seal and return.

The materials required for awakening the equipment can be obtained from the Void Corps that pour out of the dimensional rift of the Western and Eastern Hiram Mountains. 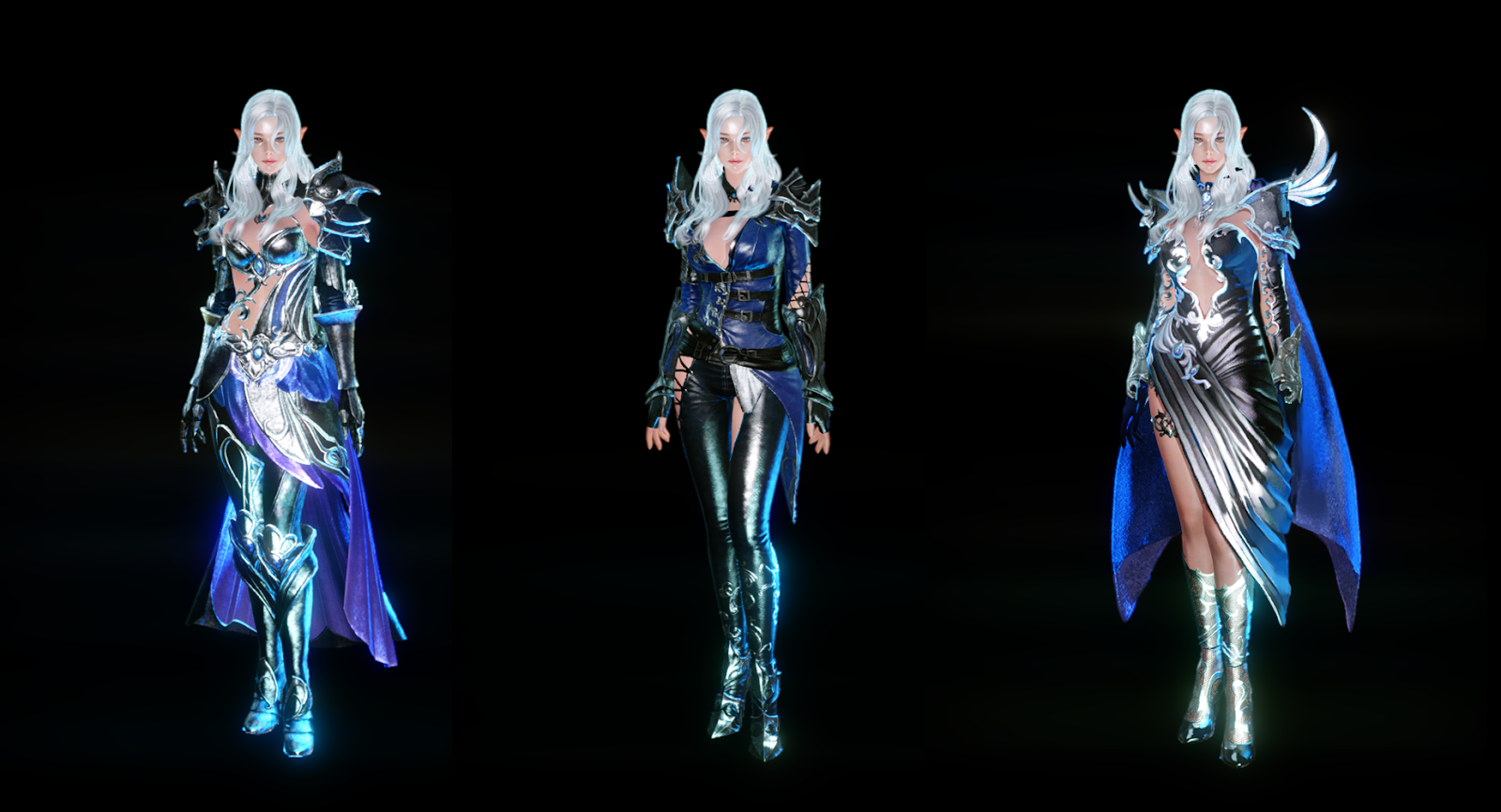 The performance of the existing crafted equipment was similar to that of Hiram Guardian Equipment, but Refined Erenor equipment was designed exclusively for PvP.

Given this, the existing Erenor Armor set effect will also become PvP-exclusive.

Awaken Eternal Brilliant Erenor Equipment to obtain Refined Erenor Equipment. The materialsrequired for awakening the equipment can be obtained from the monsters within the Great Prairie of the West. 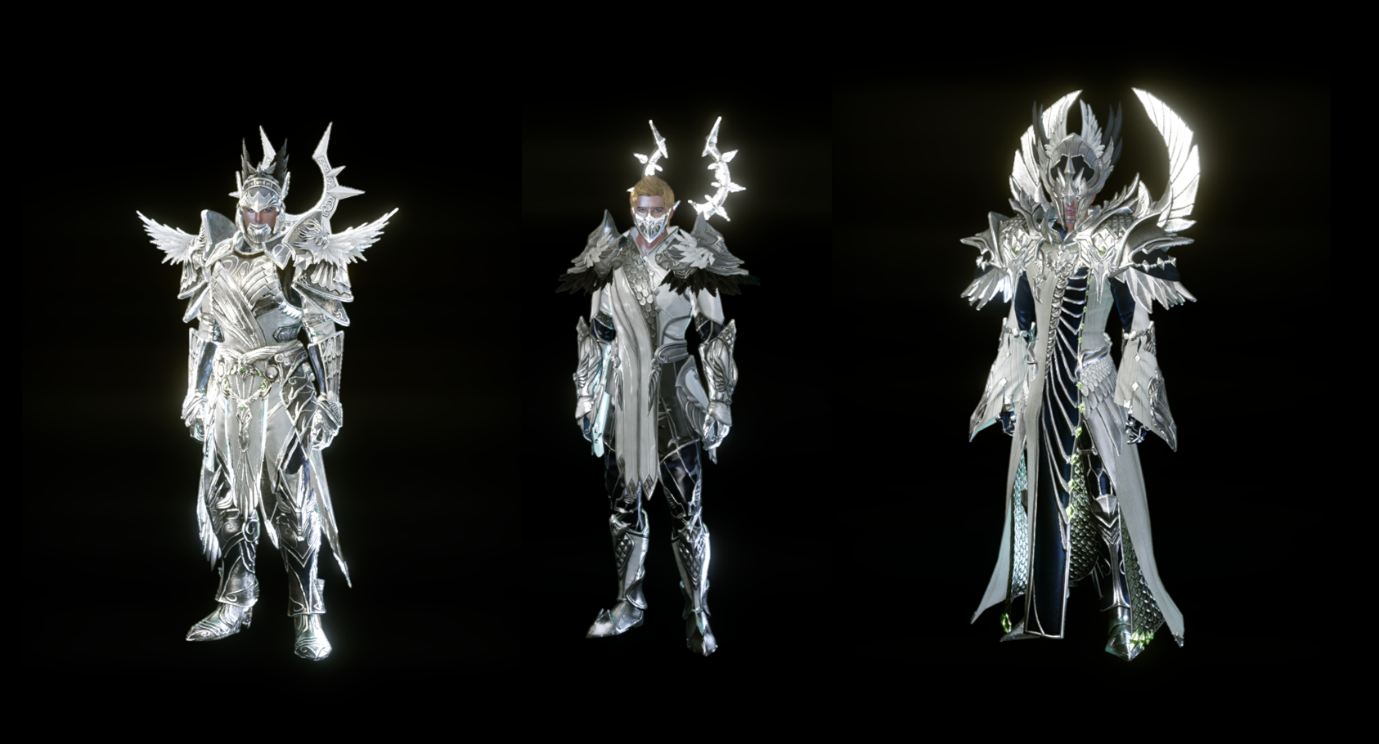 The Hiram Rift is generated as the Akasch Legion breaks through the weakened Dimensional Boundary and invades the Hiram mountains.

With the Void Corps invasion, the Western/Eastern Hiram Mountains change from peace zones to war zones. 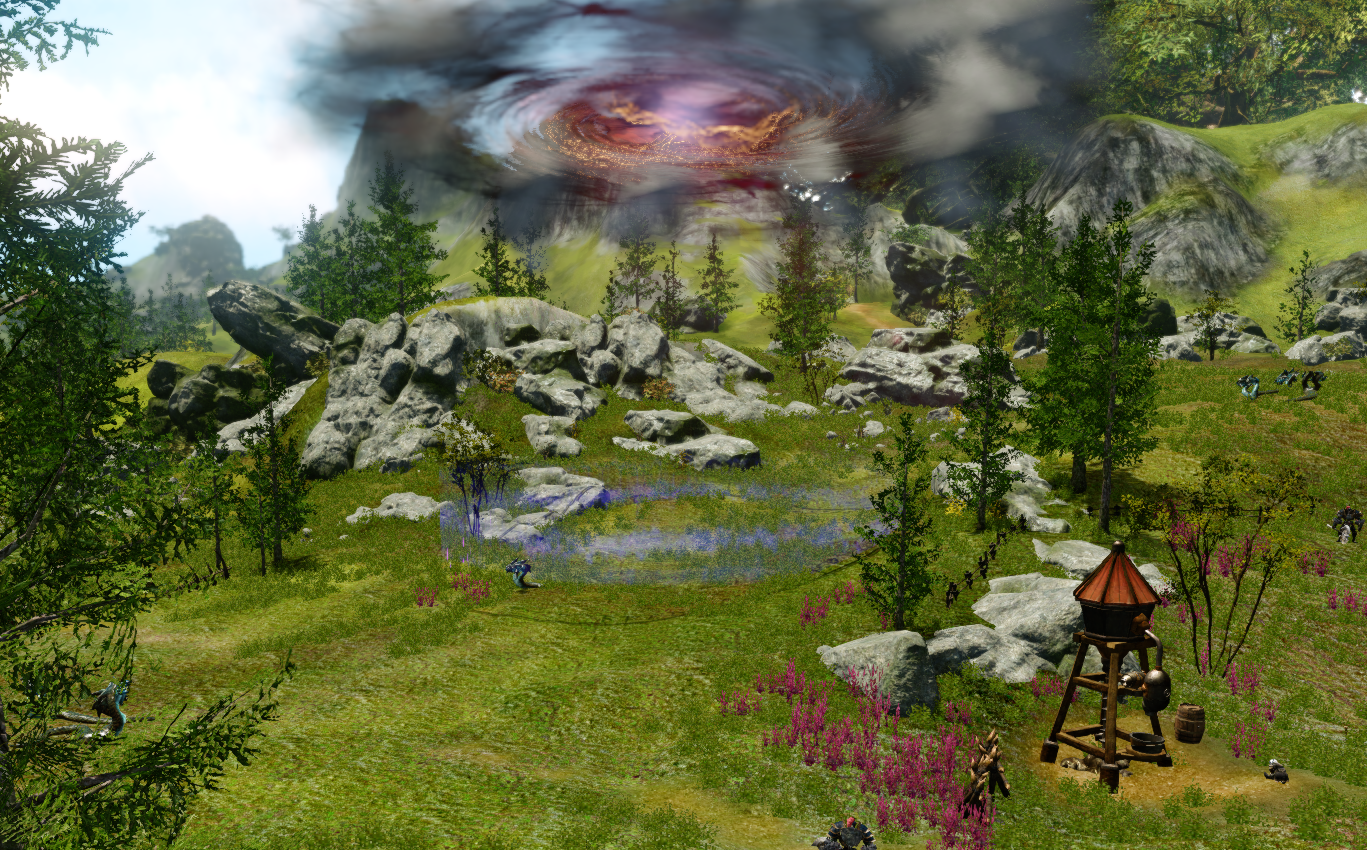 (img.) Tools of the Akasch 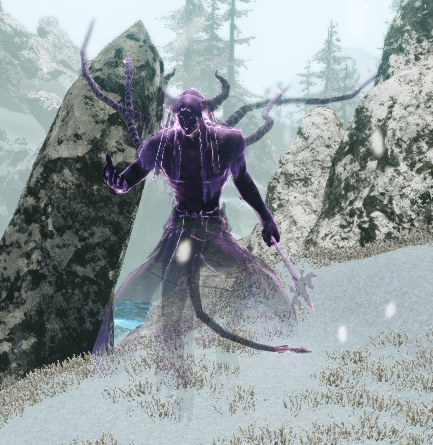 As indicated in our previous update preview, we are planning to add an additional Skill Point to allow various changes in the combat meta and skill combinations.

Different from how it used to be, you will now be able to acquire Skill Points by participating in a variety of contents and by completing an Achievement, instead of reaching specific levels.

The relevant Achievement consists of 9 low tier Achievements. Players who have been constantly participating in different contents will easily complete them.

We hope this additional Skill Point will produce a variety of changes to your combat style and provide more exciting battles. 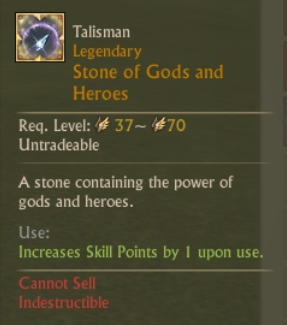 (img.) Stone of Gods and Heroes

The power of the Akasch has awakened the Leviathan.

The awakened Leviathan will appear at a certain rate upon the spawning of the existing Leviathan. Its health and general skill damage were increased. 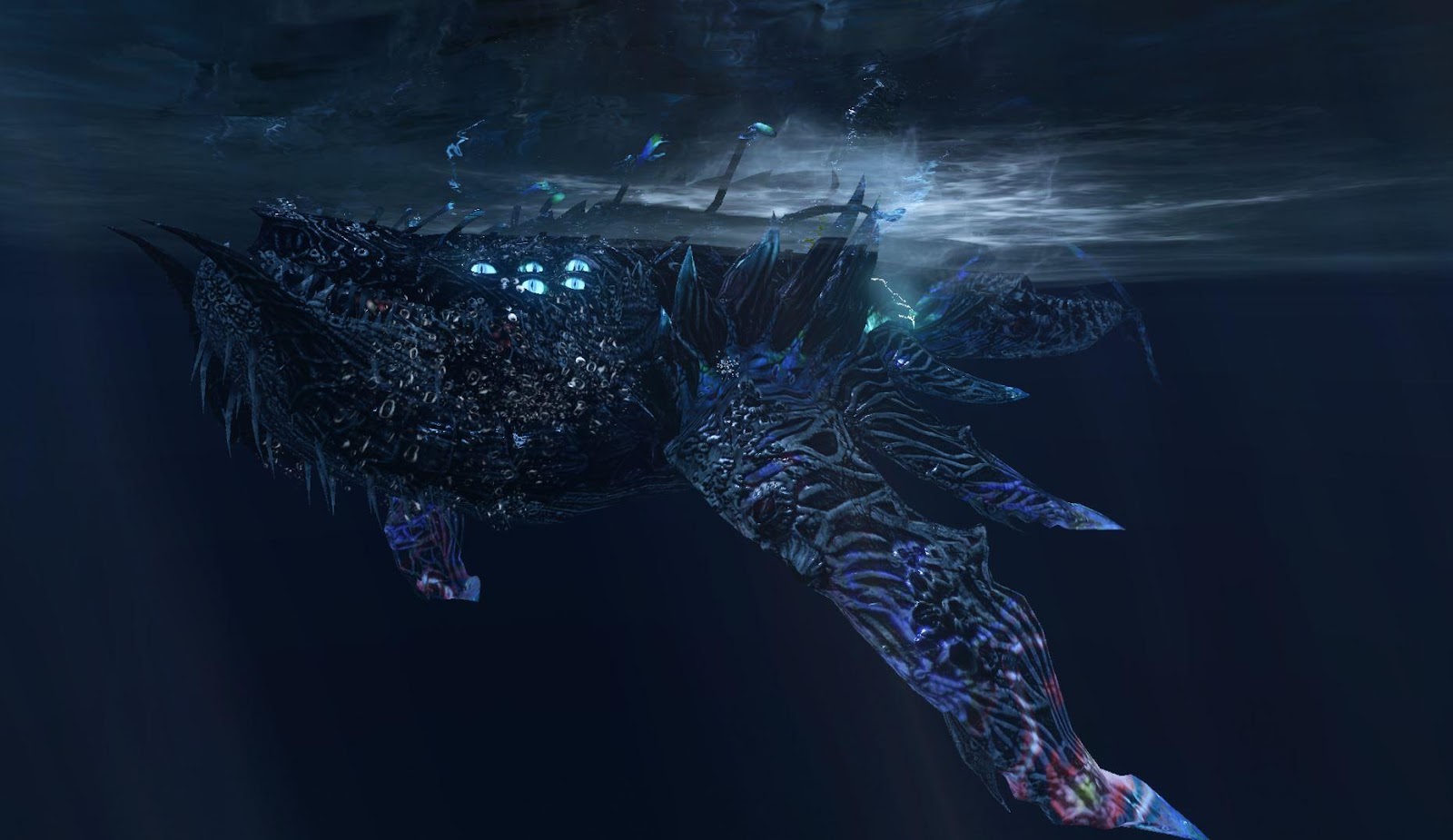 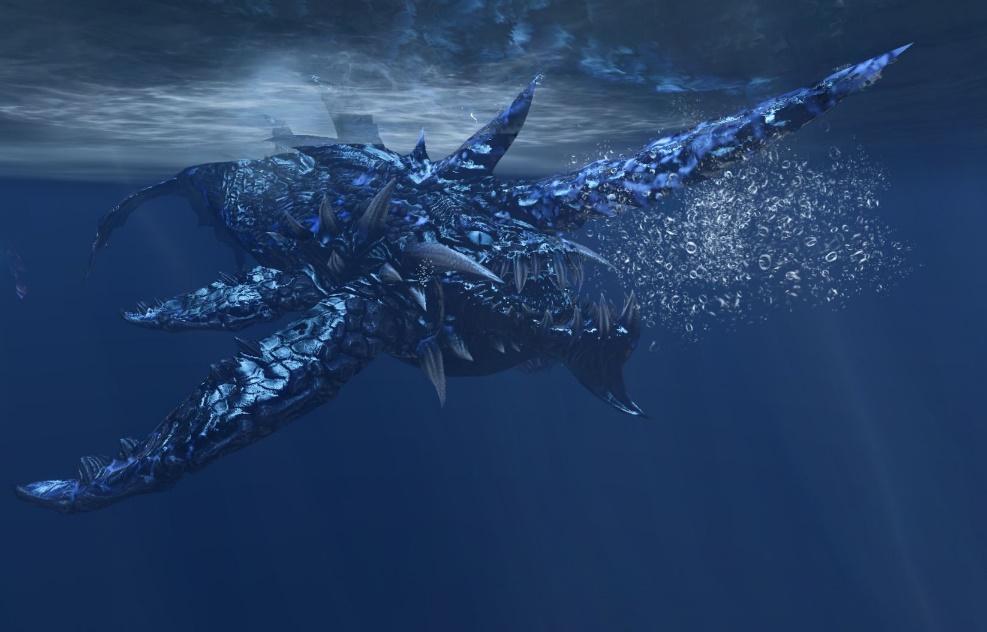 Leviathan was born from the "hatred" that the Akasch had planted.

The depths of the sea were the perfect place for the creature to hide its enormous body, but it was forced to go up to the surface of water as a deadly hatred against the world sprouted.

Those who first found its enormous body named it "Leviathan."

After the Akasch Invasion ended, the weakened seal of the Akasch started to make its influence felt around the world, and the Akasch was so close to the Erenor dimension that a passage appeared at the Dimensional Boundary.

The domination of the Akasch grew stronger as they got closer to the dimension, and this brought a change to both Leviathan's spirit and appearance.

Once they gained complete control over Leviathan, the Akasch made it go up to the surface of water to investigate the situation in Erenor.

People were surprised at Leviathan's change and started a rumor which instantly spread all over the continent, leading the Archeology Society to send their archeologists to research the cause of this change.

Appears at the same place and time as Leviathan. The Leviathan has gained the ability to use Disastrous Weather skills (2 types: Mist and Thundering Rain) that changes the weather perceived by a player near the Leviathan.

Currently, both Honor Points and Kyrios Badges can be obtained as PvP rewards, but as they are used as a separate currency, it is inconvenient to make a purchase with them at each shop.

In order to alleviate issues such as having to forcibly participate in Instances to obtain Kyrios Badges and the unsatisfactory ways of motivating players to obtain rewards, we have decided to merge the two coins into Honor Points.

Upon this merge, the Arena Shop currency will change to Honor Points.

The Arena Shop currency will change from Kyrios Badge to Honor Points.

Instruments will no longer be available upon this Arena Shop update.

We have made continuous efforts to reduce the fatigue caused by weekly quests, such as weekly quest merge, reducing monster kill count, etc.

However, because the weekly quests started at 12AM every Monday, these efforts did not provide a fundamental solution to the issue.

We hope this update will be a little more convenient for you.

It was difficult to tell the name of the Lunagem or its stage when it was equipped on gear, since it only showed information such as the Lunagem's stats.

To enhance visibility and to show more information, the Lunagems will display additional information.

The costs for repairing certain vehicles or ships are either too high or too low, so we are planning on adjusting the costs according to the tier, performance, or utility of each vehicle or ship.

The amount of increase or decrease in repair costs will depend on the vehicle or shop. We ask for your understanding as this is an improvement we're making in order to make the costs more fair according to how each vehicle or ship is used.

Along with the Dec. 15 update, we will be opening up a new kind of Fresh Start server for ArcheAge.

The new server will remove the Pirate Faction and have restrictions to sales of Language Proficiency in order to promote faction loyalty and reduce animosty through chat interactions.

We're also planning on providing an exclusive benefit for the new server, in which you can reach approxiamtely 10,000 Equipment Points in around one month of active play. We hope this will ease progression and improve your experience.

The new server will open up simultaneously in Korea, North America, Europe, and Asia (SEA/Taiwan). We're looking forward to running the server as efficiently as possible. Since the server will be opened globally, we're planning on a global competition event, and also a chance to compete with inheritors from other regions in ArcheAge.

We will share you the details of the restrictions and rewards through a future announcement.

Our plans for 2023 is to minimize the amount of content that feels exhausting and repetitive, and instead continue to provide faction-based competitive content, which we feel is ArcheAge's strength. We also plan to provide other interesting things to do in ArcheAge, balance out faction imbalances, and fix the Exile system which has always been an issue.

Furthermore, we will continue to find ways to provide a chance to compete against inheritors in other regions along with the global launch of the new server.

To celebrate the 10th anniversary, we will have a variety of events and collaborations to show our appreciation for all of your love and support for ArcheAge, so we hope you look forward to another year together. For the next update preview, we will share some details about a new competitive content, a revamp to the Vocation content, a progress update on developing a new race, and plans for further updates to come.

We thank everyone for all of your love and support for ArcheAge!

We'll be back next time for another preview.