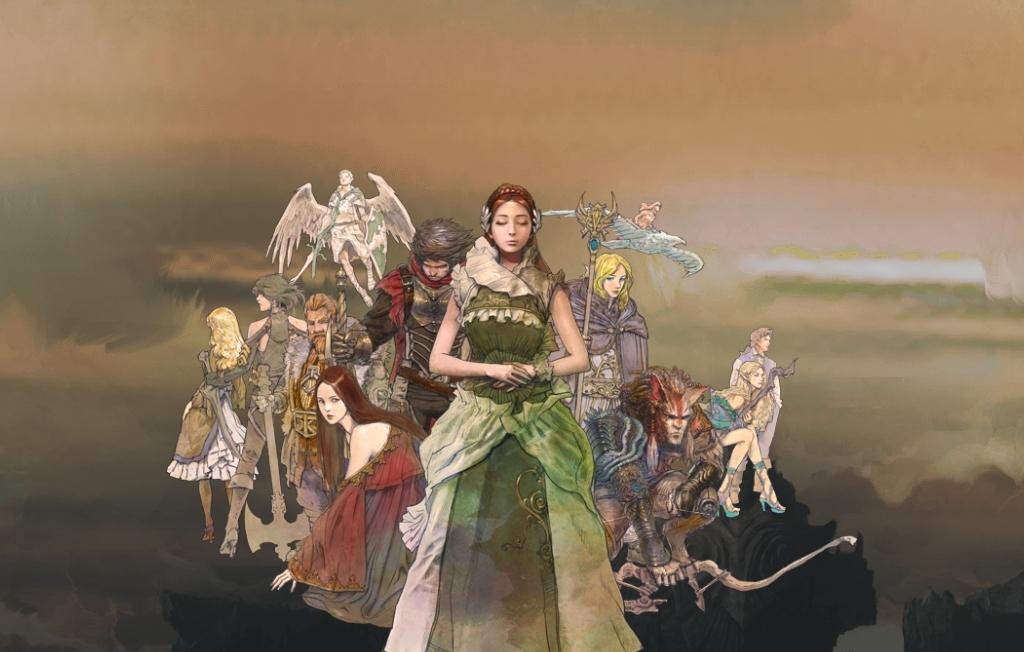 There were a lot of changes that were introduced in ArcheAge this year, and we documented them inside a small section of our patch notes called "Improvements", which we added earlier this May.

We added this category in hopes of sharing with you the intentions behind the changes we make, and also the directions we are taking in ArcheAge.

Now, we want to take this opportunity to look back and list up the improvements and changes that were made throughout 2022 so far, so we hope you join us and read through!

1.  The Explorer's Flute/Lute became available for purchase from the weapon shop.

2.  The Crimson Rift quests were combined into one so that they can be accepted all at once.

4.  The Enhancer opening time and the Synthesis cast time were shortened.

5.  The rewards for the Faction Competition at Ynystere and Cinderstone Moor were improved.

6.  The quest conditions for completing the Eastern/Western Hiram weekly quest were eased, and the rewards for the Eastern Hiram daily quest was increased.

7.  Vehicles were designed to be destroyed near the bosses for Crimson Rift, Grimghast Rift to prevent exploits.

8.  The maximum stacks for Solar Temper and Lunar Temper was increased from 100 to 1,000 stacks.

9.  The Wide View was expanded to show an even wider view.

10.  The Cargo Ship was improved so that there would not be a lack of space during peak times where there were too many people. You can now go on top of the Cargo Ship's masts.

11.  The part where you need to interact with the Ipnysh Altar was removed for the final quest, Sacred Flame, for the Aegis Island content to prevent a bottleneck issue.

12.  To improve the tight schedule of the raids for the Garden of the Gods taking place every 2 hours, we changed the schedule to take place every 4 hours and also improved the rewards.

13.  After improving the Garden of the Gods content schedule once, we further improved the schedule due to the feedback about the content occurring in succession with the Meina, Glenn and Jola raids. Therefore we changed the schedule a second time and also changed the spawn times for Salazar and Anthalon.

14.  To reflect the feedback about the rewards not being worth the time and effort put into the Golden Plains Battle, we increased the Honor Point rewards to double than before, and increased the Kyrios Badge rewards to x10.

15.  To mitigate the issue where multiple secondary characters could be used to get many Siege Risopoda crafting materials (Risopoda Parts), Equipment Points were restricted to 10,000 points for the Corrupted Risopoda quest.

16.  The way coin type items were sorted was improved, so that when you sort your items, the coin type items are now sorted to the top of the list so that you can easily view how many of each item you have.

17.  The conditions for automatically designating the Raid General when entering an instance was changed from being based on level to being based on Previous Leadership.

18.  It was difficult to tell which faction attacked first during raids, and this caused issues such as free looting situations. Therefore the raid monster's HP gauge now appears darker to the factions that do not attack it first.

19.  The Mobilization Order missions were changed from 100 to 50 missions to reduce the fatigue experienced by the players.

20.  To reflect the feedback about the range for Party Duel requests being too short, we doubled the acceptable range from 50m to 100m.

21.  The condition for accepting Exile quests was changed from 100 Previous Leadership points to 1,000 points for the first round of improvements for the Exile system.

22.  As a second round of improvements, the daily Cumulative Leadership points obtainable per character through Reputation was adjusted from 50 to 10 points.

23.  As a third round of improvements, we changed the "Previous Leadership" of voter criteria and evaluation criteria from 250 to 500 points.

24.  Due to the color of the ground being too bright, prolonged Faction Wars from raids would fatigue the viewer's eyes. Therefore we adjusted the color to not be as bright in order to make the area more easy on the eyes.

25.  Eased the conditions for completing the weekly quest for Ipnya Ridge.

26.  To improve the issue where it was difficult to participate in the Akasch Invasion due to the entry limits, we increased the entry capacity.

29.  The Equipment Awakening Scroll Rank 3 is now always available for purchase at the Honor Point Shop.

30.  The Blessed Elixir (1 Day) is now always available for purchase at the Honor Point Shop.

31  A tooltip to explain how to expand items in the Storage was added.

32.  The NPC dialogue is no longer visible in the general chat. This change was due to the feedback we received about the chat being difficult to follow when cluttered with player chat and NPC dialogues.

33.  A Pirate Faction portal was added to the Festival area.

35.  Dahuta's Bubble effect was changed in order to improve the issue where underwater combat felt a little too relaxed due to being able to breathe underwater for an unlimited amount of time.

36.  The standard for earning Leadership in Hero Missions was eased.

37.  The Cracking Eggs daily quest for Ipnya Ridge was changed to be completed automatically upon completing the quest conditions.

38.  The Saturday starting schedule for Akasch Invasion was changed to 21:00 in order to reduce the amount of fatigue felt by the players due to the original schedule overlapping with the new Guardian Scramble content.

39.  Merged the 4 Teleport Stones for Garden of the Gods into 1.

40.  The tooltip for the Transmuter was improved.

41.  Improved the breathing condition of some races (such as male Warborns) at water surfaces.

42.  The "Kick" conditions in dungeons was changed from requiring 50% votes to requiring 70% or more votes.

43.  Adjusted the difficulty of "Corrupted Risopoda" at the Mysthrane Gorge.

44.  Adjusted the number of weekly Akasch Invasion quests, and implemented measures against exploits.

Looking back, there were quite a lot of changes that were introduced during the past two months.

Of course, we will continue to introduce more improvements to provide an even better experience for everyone during the remaining second half of the year as well.

We've got a lot of improvements coming up!

[A Few Examples of Improvements For the Second Half]

1.  A feature which prevents blocked characters from entering Raids or using portals.

2.  An auto-sort feature for Friend, Family, Guild, and Community UI.

3.  Adding an additional bridge at Ynystere's Fortress region to help with Grimghast congestion.

5.  Adding a feature to display Equipment Points on the Instance Team Info.

6.  Adding a dummy furniture item which can calculate damage.

7.  Improvements to how you receive Marketplace Mail products that remove the need to receive multiple items click-by-click.

We imagine that there are many other issues not in the list above that you would like to see improved.

Therefore we invite you to share your thoughts and ideas on how to improve the game for the remaining second half of the year, or let us know things that you find inconvenient in the game in the form below!

We're going to collect all the precious feedback you leave through this method, and after we review the feedback, we will share with you in a future announcement about the feedback that can or cannot be implemented in the game.

We're also going to select 10 participants (5 from ArcheAge, 5 from ArcheAge: Unchained) to give out Credits to! We won't be selecting based on whether or not your feedback is actually implemented, so we hope to hear back from all of you!

Please note that we will simply bypass feedback without prior notice if it contains profanity, slurs, or any other inappropriate language/content.

Lastly, thank you for always pouring out your love and enthusiasm for ArcheAge! We'll do our best to make ArcheAge an even greater experience for everyone.