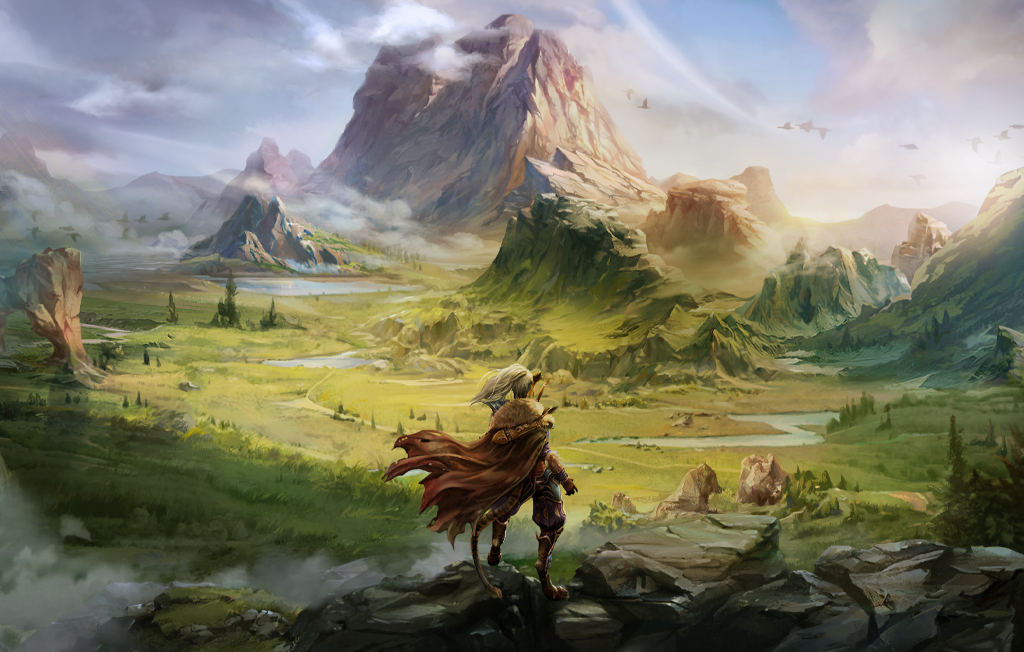 [Great Prairie of the West]

●    Added a new Auroria region: Great Prairie of the West.

○    Added the path to the Great Prairie of the West to the southeast of the Eastern Hiram Mountains.

○    Added "Soul of the Prairie" and "Sun Father Statue" that grant you buff effects.

●    Added Race Quests, Region Quests, and achievements of the new Great Prairie of the West region.

●    Added the <Bard of the Prairie> chronicle, achievement, title, and icon.

●    Added the Great Prairie of the West Guardian Scramble.

●    Added quests related to the Great Prairie of the West Guardian Scramble.

●    Changed the Skillsets as below.

●    Changed the Defense Ratio of Cloth Armor as below.

●    Changed the amount of supply distributed for Sieges as below.

●    Increased the number of players for the Block list.

○    Increase the number of players for the Block list from 100 to 200, based on the feedback that this number was too small.

●    NPC dialogue will not be shown in general chat anymore.

○    NPC dialogue will not be shown in general chat anymore, based on the feedback that it was inconvenient to check the chat between players when NPC dialogue appeared while multiple players were playing together or moving areas.

○    However, the NPC dialogue that appears when using a skill will remain unchanged.

○    You will be able to obtain 2 Tear of Dahuta items for the previous Dahuta's Bubble you had.

●    Added a portal for the Pirate Faction at the Festival area.

○    We are planning on adding a Pirate Faction portal to the Neutral Territory as well in the future in order to make it more convenient for the Pirate Faction.

●    The purchase quantity for Gedlon's Strength, Herstan's Resilience, and Yordan's Wisdom (from Akasch Token Merchant) was increased to 2 per day.

●    A bridge was added to connect from the Specialty Workbench at Rookborne Basin to Cloudspun Gorge.

●    Four new titles above the "General" title were added.

○    These titles can only be purchased with Akasch Tokens from the Akasch Token Merchant.

○    There is a low chance you can obtain this item from certain monsters during War at the Great Prairie of the West region.

●    Changed the crafting materials for the Gembloom Flowerbed furniture item for the Feastival.

○    The existing Gembloom Petal item can be used to change to a a crafting material for the Gembloom Flowerbed.

●    The Mermaid's Breath earring effect was changed to apply when used (instead of applying upon being equipped).

○    The effect's duration is 60 min with a 30 min cooldown. The effect is removed if Mermaid's Breath is unequipped or upon death.

●    Tutorial Quests and ArchePaper were added to the Guide Rest Area at Mirage Isle.

●    Flowers will always be bloomed at the flowerbed of the Beanstalk House.

●    Added an elevator system that allows you to move between the lower and upper floors at the Beanstalk House.

●    The Remodeling feature as added for the items below.

○    You can change between the Ruby Solarium and Amethyst Solarium.

●    Solo entry and Quick Enter is now available at the Mistsong Summit.

●    The Mysthrane Gorge region is now available in the new server.

○    Only the region was opened for you to do the main quest and to move to Ipnya Ridge. Faction Competition will become available soon.

●    Fixed the expired "Manastorm Blessing" and "Great Dexterity" to not be shown in all servers.

●    Class icons will now be displayed next to the names in Ranking Information.

●    Fixed the issue where the character's head sunk into the pillow of the Guest Bed.

●    Fixed the graphical issue for female hair and face of some races when equipped with Wool Hat.

●    Fixed the neck of Rousing Rabbit Pajamas when worn by male Harani characters.

●    Fixed the system message displayed when you try to obtain an already acquired title.

●    Improved the navigation for the "All the Cute" quest.

●    Fixed the issue where skill sfx was not played in certain areas of the Calmlands and Marcalan.

●    Fixed the issue where Dash was not removed when stopping right after using Dash.

●    Fixed the issue where the character got stuck in certain areas within the Hidden Sanctuary during the Hereafter Rebellion.

●    Fixed the abnormal display of Skewer in the Skill Combos window.

●    Fixed vehicles to take damage after they remain airborne for a certain period.

●    Fixed the issue where the profile image of some characters were abnormal.

●    Fixed the issue where the skill order of pets on the Celestar sometimes changed.

●    Fixed the issue where Meow-paw Teleport Scroll did not work near dungeon entrances.

●    Fixed the issue where your Leadership amount was not displayed under certain conditions.

○  The Marianople area will become a Peace Zone during the festival period.

●    We are aware of the issue where the Plains Eye Memory Tome is not spawned.

●    We are aware of the issue where incorrect system message appears when using Traces of a Wish.